The following is a cross post from my time writing the daily devotion for True Devotion Ministries with some modifications.

Everything has a season, and a time for every matter under the heavens.

If this verse sounds familiar but you can’t quite put your find on it, it’s because I’m using a translation from Robert Alter. He’s the premier US scholar of the Hebrew language and has done his own translation of the entire Hebrew scriptures. Ecclesiastes is an interesting book. It’s one of those books that has a lot of wisdom, but isn’t something that’s taught on Sunday mornings. I believe it’s because of the fact you have to unpack the book with other scripture as context to fully appreciate it. In cases like this specific verse, it seems to just acknowledge a fact about life that isn’t particularly spiritual. In fact, it was picked up and became mainstream in secular culture over fifty-five years ago. You might be familiar with it:

Just like in the song, this passage of scripture is very poetic. Solomon, the writer of the book, hid what we would today call easter eggs within the poem. After making the declaration about the seasons, Solomon specifically chooses seven verses that outline opposite or opposing things: being born/dying, weeping/laughing, mourning/dancing, loving/hating, seeking/accepting it’s lost, and one of the more unique ones according to Alter, “A time to embrace and a time to pull back from embracing.” The hidden easter egg is the significance of the seven verses to Jewish culture. Seven being a sacred number, was something that would have been ingrained into the minds of the young children for as long as they could remember. Growing up in a western culture, we don’t really have anything like this to relate to. In movies it would be like how when the hero’s theme starts playing, we know that the hero is on his/her way and we can relax because all is about to be well.

Solomon using the number seven was an assertion that all of these things were ultimately sacred, and that he wasn’t just being poetic – there was a purpose. When we pair this with the fact that he used the extremes across all parts of life it would have signaled the original readers/listeners to realize this wasn’t just about those specific things. When Solomon said in verse four that there was a time to weep and a time to laugh, a time to mourn and a time to dance. He was describing all of our possible emotions. The good and bad times emotionally, physically, and spiritually.

The interesting thing about verse 3:1 is that it almost seems different depending on the translation. In the Alter translation it reads as though Solomon is acknowledging that there are things that are going to happen in life, and there’s a season for it and much like the weather, there’s nothing we can do about it. There will be birth and death, mourning and dancing, and all that we can do is enjoy it when it’s great, and weather the storm when it’s bad. Then, there’s the Good News Translation (GNT)

(I know, weird translation right? But it’s the translation of the first bible that my mom was given after becoming a Christian and had little doodles in it. I read it a lot as a child, and some of the phrasings really stuck out to me so I like to look up individual verses in the GNT).

Everything that happens in the world happens at a time God chooses.

While the Alter translation talks about the events of our life being seasonal with beginnings and ends and things that seem to be inevitable. The GNT talks about how it doesn’t matter what happens, “Everything that happens in the world happens at a time God chooses.” It’s a reassurance that no matter what season you’re in God is orchestrating things. And to quote Gandalf in The Fellowship of the Ring, “… that is an encouraging thought.” 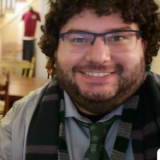